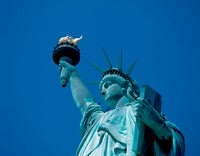 The E-2 Treaty Investor Visa allows a national of a treaty country (a country with which the United States maintains a treaty of commerce and navigation) to be admitted to the United States when investing a substantial amount of capital in a U.S. business. Certain employees of such a person or of a qualifying organization may also be eligible for this classification. (click here for a list of treaty countries)

Who May File for Change of Status to E-2 Classification

How to Obtain E-2 Classification if Outside the United States

A request for E-2 classification may not be made on Form I-129 if the person being filed for is physically outside the United States.  Interested parties should refer to the U.S. Department of State website for further information about applying for an E-2 nonimmigrant visa abroad.  Upon issuance of a visa, the person may then apply to a DHS immigration officer at a U.S. port of entry for admission as an E-2 nonimmigrant.

General Qualifications of a Treaty Investor

To qualify for E-2 classification, the treaty investor must:

General Qualifications of the Employee of a Treaty Investor

To qualify for E-2 classification, the employee of a treaty investor must:

If the principal alien employer is not an individual, it must be an enterprise or organization at least 50% owned by persons in the United States who have the nationality of the treaty country.  These owners must be maintaining nonimmigrant treaty investor status.  If the owners are not in the United States, they must be, if they were to seek admission to this country, classifiable as nonimmigrant treaty investors.

Qualified treaty investors and employees will be allowed a maximum initial stay of two years.  Requests for extension of stay may be granted in increments of up to two years each.  There is no maximum limit to the number of extensions an E-2 nonimmigrant may be granted.  All E-2 nonimmigrants, however, must maintain an intention to depart the United States when their status expires or is terminated.

An E-2 nonimmigrant who travels abroad may generally be granted an automatic two-year period of readmission when returning to the United States.  It is generally not necessary to file a new Form I-129 with USCIS in this situation.

A treaty investor or employee may only work in the activity for which he or she was approved at the time the classification was granted.  An E-2 employee, however, may also work for the treaty organization's parent company or one of its subsidiaries as long as the:

Terms and conditions of employment have not otherwise changed.