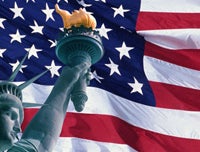 Currently, up to 65,000 H-1B visas may be issued each fiscal year for professional workers (the federal fiscal year begins on October 1 and ends September 30). Because an employer can apply for an H-1B visa up to six months in advance of the anticipated starting date of employment, the USCIS will accept applications for the new fiscal year (October 1) on or after April 1 of the year. In other words, applications can be filed as early as April 1 for an October 1 approval date.

(Be aware that up to 6,800 visas are set aside from the cap of 65,000 during each fiscal year under the terms of the legislation implementing the U.S.-Chile and U.S.-Singapore Free Trade Agreements. Unused numbers in this pool are made available for H-1B use for the next fiscal year.)

Some professional workers, such as foreign physicians who receive a J-1 waiver of the two-year foreign residency requirement and agree to work in a medical shortage area, can receive a cap exemption. Also cap-exempt are workers who are employed at universities or colleges or at non-profit organizations affiliated with universities or colleges (“cap-exempt employers”).  Note that if a physician will be employed by a for-profit employer, such as a hospitalist group, to work at a hospital that would be considered a cap-exempt location, this employment arrangement could qualify for cap-exemption.  This is important for physicians who completed residency in H-1B status, rather than J-1 status.

In addition, the cap only applies to “new employment,” so in general, a person who already has an H-1B and applies for another H-1B with another employer is not subject to the cap. However, if the worker obtained H-1B status through a cap-exempt employer and then seeks to change employment to an employer that is not cap-exempt, the new application will be subject to the cap.  For example, a physician finishes his residency in H-1B status with a university hospital on June 30, 2012.  He has a contract with a private facility to start work on July 15, 2012.  His new employer will sponsor the H-1B visa but the petition will be counted towards the cap. If the cap has already been reached, the physician cannot work until October 1, 2012, assuming the employer files early enough.

Physicians who completed residency in J-1 status but returned home for two years as required or who received a hardship or persecution waiver must also be mindful of H-1B cap issues as they might be subject to the H-1B numerical limitations, depending upon their circumstances.