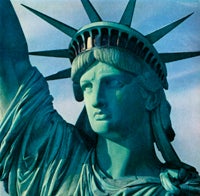 In general, a physician can hold H-1B status for a maximum of six consecutive years. Initially, the H-1B petition may request a maximum of three years for any particular job.  After that, an extension request must be filed that can extend the H-1B for another three years, if necessary. Nevertheless, an H-1B worker may not extend their stay beyond six years by simply switching employers. Consider the following example:

An H-1B physician works for Employer A for three years. He then enters into a five-year contract with Employer B.  In this case, the physician will not be able to serve out the last two years of his contract with Employer B in H-1B status because he will have exceeded the six-year maximum time period for this visa.  However, if at any time during this period, the H-1B employee remains outside the U.S. for one year or more, a new H-1B admission period begins and he can hold H-1B status for another six years.

Extensions of H-1B status beyond the six-year limitation are available where the employee has a petition for immigrant worker (I-140 petition) or a labor certification application with the Department of Labor that has been pending for more than 365 days. In this case, H-1B status may be extended for one-year periods.  In addition, if the employee has an approved I-140 petition but cannot be approved for permanent residence because of an immigrant visa backlog, H-1B status may be extended for three year periods.