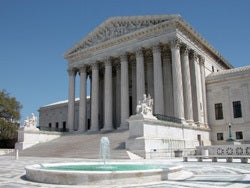 To understand how the law may or may not affect foreign physicians working in the United States–and in Arizona specifically–it is important to first have an overview of the Supreme Court's mixed decision in the case. The sections of the Arizona immigration law that were struck down by the Supreme Court were as follows:

In the high court's opinion, Justice Kennedy wrote that it is “fundamental that foreign countries concerned about the status, safety, and security of their nationals in the United States must be able to confer and communicate on this subject with one national sovereign, not the 50 separate states. . . . Arizona may have understandable frustrations with the problems caused by illegal immigration while that process continues, but the state may not pursue policies that undermine federal law.”

The provision of the Arizona immigration law that was upheld by the Supreme Court is as follows:

William T. Robinson III, president of the American Bar Association (ABA), in a press release pertaining to the ruling, wrote the following regarding the provision of the Arizona law upheld by the Supreme Court: “In light of the court's ruling that upholds immigration status checks by state law-enforcement officials . . . that are conducted consistent with federal immigration and civil rights laws, the ABA calls on authorities to avoid unnecessary, prolonged detention of individuals who are lawfully present in the United States.”

In our next article we will briefly discuss how this upheld provision of the Arizona immigration law may affect foreign nationals legally working and/or traveling in Arizona, and what documentation they should keep with them in the event of a lawful stop and immigration identification check.